Another week, another post! Backpats for this petite but no less significant an accomplishment! 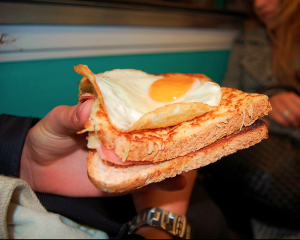 This week’s post is inspired by Ann Peebles’ 1974 hit, which is helping in this rainy Atlanta summer.* I will take that over “Heatwave!” any day. It was nice last night to be out in Atlanta in August, wanting a sweater. I’d just returned from my agency’s headquarters in Hilton Head, SC, where I sweated and huffed and puffed but was able to celebrate a year with the company in a more formal way. Then I freaked out some squares on I-16 screaming along to X on the way home to Atlanta. Deal with it!

(This post is also a tiny bit about growing up without realizing it. At the time of its occurrence, I didn’t necessarily ~cherish~ my adolescence in the way that is culturally popular; I was never the kid who didn’t want to grow up. Now that I am considered in some circles (… my parents, maybe?) to be An Adult, I’m finding myself struggling with a case of Impostor Syndrome. It’s almost as though I cannot believe I have fooled enough people into thinking that I can take care of myself; perhaps more pressingly, that I could be considered any kind of expert on anything. I haven’t moved past a kindergarten-era fear of beets, people. I drink PBR when there are “better” options available. It’s a learning process, every day, these concepts of ability and competency and heroic confidence.)

In short, sometimes it’s hard to see the forest for the trees. But, as the French might say, “Aucune réussite n’est si petite qu’on ne puisse la fêter.” 😉 I’ll write more in coming weeks about how I’m going back to France in January (not ForEver, unfortunately … at least, yet).

Without further ado, some bits of a curated Internet:

*Even if you just know this song as a sample (particularly in one of my favorite music videos of all time), it is so, so good.